Last Sunday the verification process for indexing signatures collected by YASunidos collective to summon a referendum on oil drilling in the Yasuni National Park, was held yesterday in the presence of 130 testers, 20 supervisors from the National Electoral Council (CNE for its Spanish acronym) and 15 delegates of the collective group.

The CNE said that “national and international observers noted a transparent process of signature verification” that is being held in the Verification Center in the former grocery store of the army, which consists in verifying if the signatures match with the identification numbers.

However, one of the delegates of YASunidos, Pedro Bermeo, reported that during the process there was “several irregularities.” He added that so far they have not received the CD that contains information on the 7,180 forms with signatures that were canceled on last April 22 over alleged irregularities. 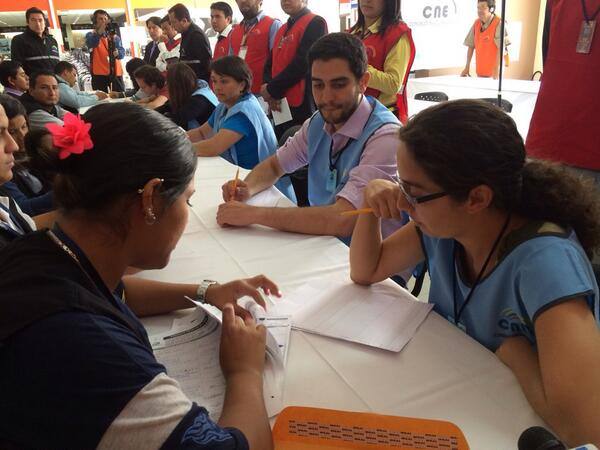 Members of the CNE verifying signatures from YASunidos.