Coma Wins the Third Stage of the Dakar Rally 2011 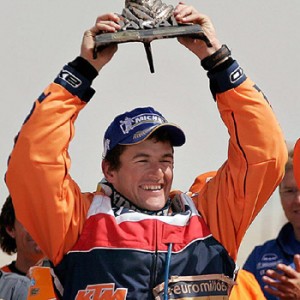 Spaniard rider, Marc Coma, champion of 2006 and 2009, won this Tuesday the third stage of the bike Rally Dakar 2011, of 521 km. The competition is from the Argentinean population of San Miguel de Tucuman and San Salvador de Jujuy.

Coma dominated the field with a time of 4h18.55 followed closely by the leader of the category and champion, the French Cyril Despres, and the Portuguese Paulo Goncalves.

The victory served the Catalonian rider to approach Despres position in the general ranking. The fourth stage of the Rally Dakar-2011 would be held this Wednesday, between San Salvador de Jujuy and the Chilean population of Calama.

Emelec Could Be Seized