Comic Con Ecuador back to presence

Accompanied by the famous Ecto-1, the vehicle of the ghost hunters, Gloria Gallardo, president of the Municipal Public Tourism Company, together with various cosplayers presented a small preview of what the sixth edition of Comic Con Ecuador will introduce on their return to the arena. 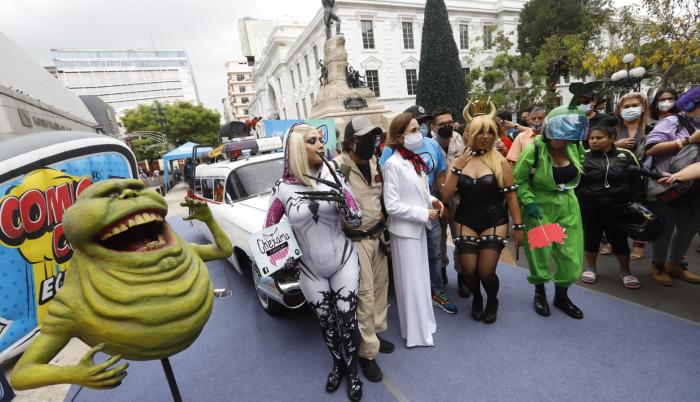 The Guayaquil Convention Center will host fans of comics, fiction movies, video games, cosplayers, and everything related to pop culture on Saturday, December 4, Sunday, December 5 from 09:00 to 21:00, and fans can now purchase advance tickets through the Ticket Show page.

So far the presence of three international actors has been announced: Ray Fisher, who is known for playing Cyborg in the DC Extended Universe films; Austin St. John, known for his role on the television series Mighty Morphin Power Rangers as Jason Lee Scott, the first Red Power Ranger; and Daniel Pesina, known as the actor who played Johnny Cage and the Sub-Zero ninjas in Mortal Kombat.

The event will feature the presence of several national and international graphic artists, among which German Peralta, a Marvel illustrator, who has worked on comics such as Agents of SHIELD, Suicide Squad: Rebirth, Green Arrow, among others.

Likewise, Comic Con Ecuador reopens its traditional cosplayer contest that will reward the best characterization, taking into account the preparation and presentation of the participants, who until October 16 registered in the call made on its website, and the award for First place will be awarded by PlayStation.