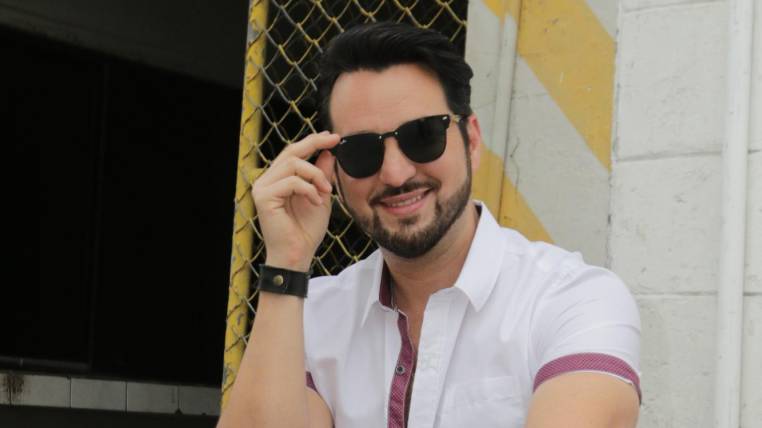 Danilo Parra is on tour in Ecuador. The singer, son of Pepe Parra and interpreter of songs like Preciosa, presents his new musical work entitled Like, an urban latin pop, whose lyrics and music belong to him and which was produced in Medellín, Colombia.

“This song does not speak of a social network in a specific way but of all. ‘Like’ means I like it. It is a reference of acceptance of how good we are. I did it because since I have Facebook and Twitter I’m always excited that people accept mine, “he says.

He adds that he wanted to put his sound, with guitars and timbales. “This latin pop mixed with urban is something romantic, I was not interested in messing up the lyrics, although that was the idea of those who worked with me. I did not want anything graphic or explicit, nothing in bad taste. ” The official video was made in Maracaibo, Venezuela.

Like tells the story of a man who thought he felt free of a past relationship, but upon receiving a ‘like’ from his ex, they awaken their feelings again.

Danilo lives in Miami, but whenever time permits, he visits Ecuador. His wife Malena Rigo studied TV and film production in the United States and he studied digital marketing engineering. “If I’m not in music, I’m doing jingles or sounding soap operas or projects.

My world has always been creative. It’s my second career because I’ve already graduated from Business in Entertainment Business. People do not know that I am ‘comelibros’ (nerd) “.

Now he sports a new look, with a beard and urban clothes. “Those Venezuelan people are very professional. I never liked the beard because I was always very proud of my double chin. At first they wanted a hipster look, but I did not want to lose my essence. We are left with the image they see now. The fans have given ‘like’ to this urban look. What it would not do to me is a tattoo. I also lost 16 pounds. I started to practice exercises and eat better. ”

On the personal, the singer says that with his wife and decided to “close the factory.” They have two children, Danilo Adrián (11) and Nina (4). “They both sing, he plays piano and guitar. She is very musical. Everyone in our family is an artist, but they dedicate themselves to what they want and have a lot of respect for music. ” (I)