Dwayne Johnson, The Rock, will star the new Baywatch film 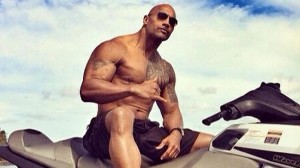 According to the website of the magazine The Hollywood Reporter, Dwayne Johnson, aka The Rock, will star in the new movie of Baywatch, which was an iconic series of the early 90s, which is about the lives life of a group of beach lifeguards working on the California coasts.

The actor himself confirmed the news via his Instagram account: “Rumours are true… we’re making #BAYWATCH the movie. Edgy, raunchy and hopefully, funny as all hell. Cue slo mo running on the beach… #WhoNeedsMouthToMouth #RedShortsBeHugginABrotha.”