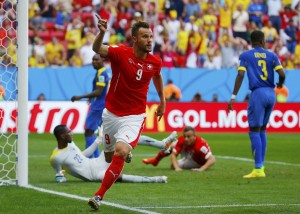 The Ecuador team debuted in the World Cup Brazil 2014 losing 1-2 against Switzerland in Group E.

The game was held at the Mane Garrincha National Stadium of Brasilia.

The Ecuadorian team took the lead with a head shot from Enner Valencia (m22), but in the second half, they showed problems to score in the midfield and this was used by Admir Mehmedi (m47) and Haris Seferovic (m92), who gave victory to the Europeans.

On Friday, the Tricolor will face Honduras at Arena da Baixada, Curitiba; and the last match in the group phase is against France on Wednesday, June 25 at the Maracana Stadium in Rio de Janeiro.

Extradition of Huaorani blood will be difficult according to Correa