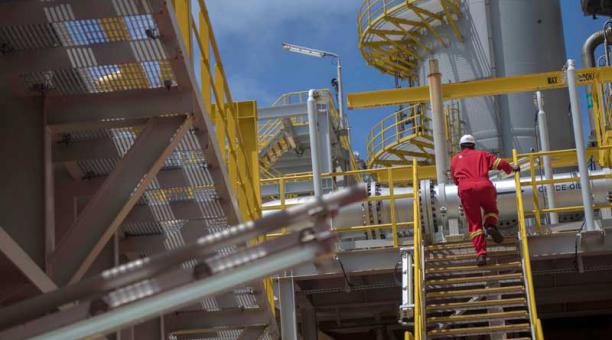 The minister of Hydrocarbons, Carlos Perez said this Thursday November 16, 2017 that his country will support the decision of the Organization of Petroleum Exporting Countries (OPEC) to maintain the crude oil cuts.

During a press conference, he stated that Ecuador continues “supporting the approach” of the OPEC y assured that in the meeting of ministers from the organization, to the one he will assist by the end of the month, that he will “support what the OPEC decides”.

“OPEC´s approach continues being to keep the restrictions of the production so that the supplies are inside the reasonable numbers, in a way that the oil cost improves” he remembered.

The minister recognized que the percentage of reduction of the established fee for Ecuador (25 650 barrels) ranges between 60 and 70 percent y said that, about the incomes  for the nation, the production cut will be compensated by rising crude costs in the international market.

“The measures that OPEC has taken, have given us benefits as a country” that’s what the minister said while expressing his hope that the price of oil will keep a rising trend.

On the other hand, in a report about the advance indicated that companies from the US, China, Russia, and England have shown their interest in the “Rrefineria del Pacifico”  a project of previous Ecuadorian government, in which there has been many investments, but has not started.

Even though he did not mention any names, he affirmed that it is about “serious” companies and that the country is not searching for financial help, but people who actually invest in the project.

He makes a reference to the debt with the French Company Schlumberger, saying that this month Ecuador will pay in cash and in papers the 300 million dollars they owe. (I)