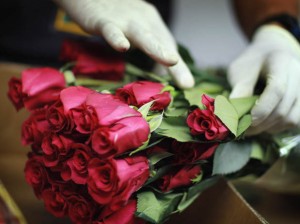 China Eastern Airlines, based in Shanghai, agreed with the Government of Ecuador to export roses of the Latin American country for the upcoming celebration of theValentine’s Day, after the “success” of the company with a test performed on the Chinese day of love, on August 2. As explained on Monday, September 15 Gabriela Vallejo, Head of the ProEcuador Office in Shanghai, the air carrier exported 12,000 roses from Ecuador to China for the Chinese Valentine´s day and confirmed it will make another order for the next Valentine´s day of the Western calendar .

In addition, China Eastern has expressed its willingness to buy monthly quantities of these flowers from next year, but further details have not still been given.