Electric cars arrive to the country 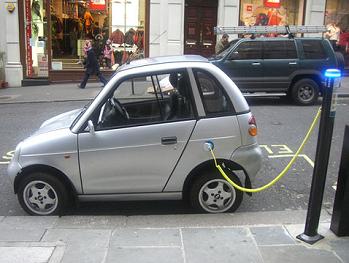 The State has shown interest in the technology of electric cars, according to Luis de los Reyes, director of the Renault brand, which offers four models of vehicles of this type in the country.

De los Reyes added that the State has even made tests of the Kangoo model, a car that would be adjusted to the needs of the Post Office of Ecuador and has thought about the use of a smaller model, which simulates a covered squadron and would be used for transport in Galápagos.

Another institution that has shown interest in these cars is the municipality of Quito, which sees the possibility of using them to control the entrance to the historic centre.

The Executive expects this interest go hand in hand with incentives that can lower prices. In Europe a Kangoo can cost about 29 thousand euros, and only the electrical battery represents the half of the cost. “For example to lower the tariff, which is 40% of an imported car, license plates benefits, in the green tax “, says De los Reyes.

These trucks allow walk an average of 200 km without recharging, which is sufficient to cover the average travel of 60 km daily that perform those living in the city.

Emelec wins against Universidad Católica and clings to the championship title

Two assembly members from Alianza País to the Ethics Commission