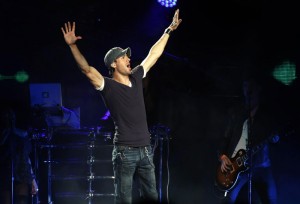 The Spanish singer Enrique Iglesias continues with his musical tour, Love + Sex, worldwide. This time will be in Dominican Republic, on August 30
Iglesias will perform at the Fillmore Lounge Hard Rock Hotel & Casino Punta Cana in the Dominican east, where it has already acted.

The singer began his tour in February in Puerto Rico and his album was promoted  in March, in which collaborate Pitbull, Romeo Santos, Marco Antonio Solis, Flo Rida, Kylie Minogue, Jennifer López and Yandel.

The tour of the Iberian singer has confirmed filing dates for this year in the U.S., Canada, Spain, Holland, Belgium, France, Ireland and the UK.

Strong earthquake in Guatemala-Mexico border leaves at least one dead