Argentine Cardinal Jorge Mario Bergoglio, who until just a few minutes ago was the Cardinal of Buenos Aires, was chosen by the conclave as a successor of Benedicto XVI. He will take the name of Francisco, and will be the number 266 Pope in the history of the Catholic Church.

An hour after the release of  white smoke through the chimney of the Sistine Chapel,  Cardinal Jean-Louis Tauran was who announced that the chosen was the Jesuit Bishop who has made harsh critics against homosexual marriage, after failing to prevent Argentina to legalize marriage between people of the same sex.

Bergoglio, 76 years old, is considered a moderate catholic with flexible mentality, although their doctrinal and spiritual positions go in accordance with the legacy of Juan Pablo II and Benedicto XVI., he has shown to be politically sensitive as also humble, a virtue that his colleagues value. 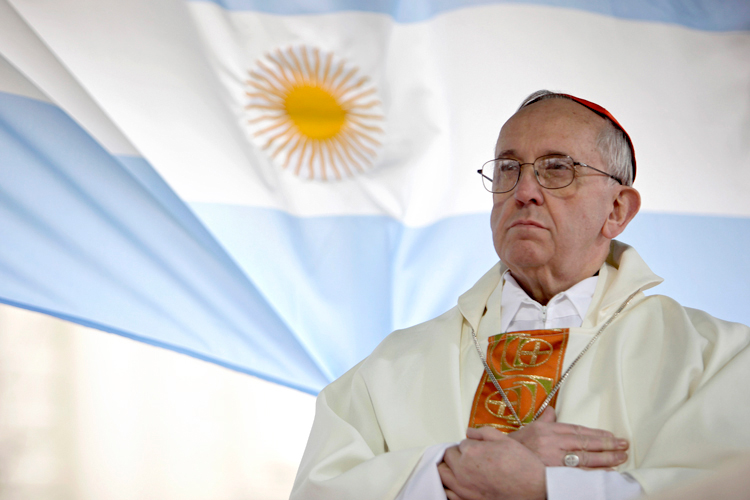 In his first speech, the head of the Catholic Church thanked the Cardinals for his appointment and asked, first, to say a prayer for the Emeritus Pope Benedict XVI, and immediately asked to pray for him and all the inhabitants of the Earth, that God take care of them and the Virgin to be their custodian. Then, accompanied by the crowd, prayed the Our Father, Hail Mary and Glory.

Later, Francis I, who is the son of a railway worker,  who left the Archbishop’s House to live in a simple  apartment, who transported himself by bus and made his own food, asked for silence (for 30 seconds), so that each one of those present  atbthe ceremony and those who were following it through radio, television and the Internet, say  their own prayer “for us and for the world”.

Accompanied by the vicar of Rome and of the cardinal from Brazil, Pope Francis I received the honors of the  Switzerland Guard and read the Act  assuming the responsibility of driving the boat of Peter and gave his blessing “to the men and women of good will”.

Nicolas Maduro, the heir of Chavez