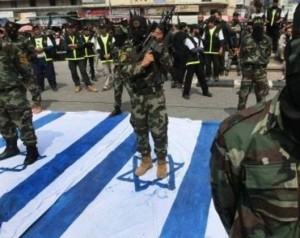 The Islamist movement Hamas claims that they will be and not Israel who decides the terms to the end of the conflict that both features since last July 8 in Gaza, announced today his spokesman, Sami Abu Zuhri.

According to Abu Zuhri, “Zionists can not go home until Hamas gives them permission, and not (Israeli Prime Minister Benjamin) Netanyahu,” he explained today at a rally held in Rafah, in southern Gaza.

In addition, Abu Zuhri wanted to thank gestures of solidarity received from abroad, and said that “the Palestinian cause is among the top priorities of the people of the world.”

Netanyahu insisted yesterday at the end of the regular Council of Ministers that his country will only accept the agreement to a permanent cease-fire in Gaza when “all Israel’s security interests are met.”