Iran shows interest in a direct shipping line with Ecuador 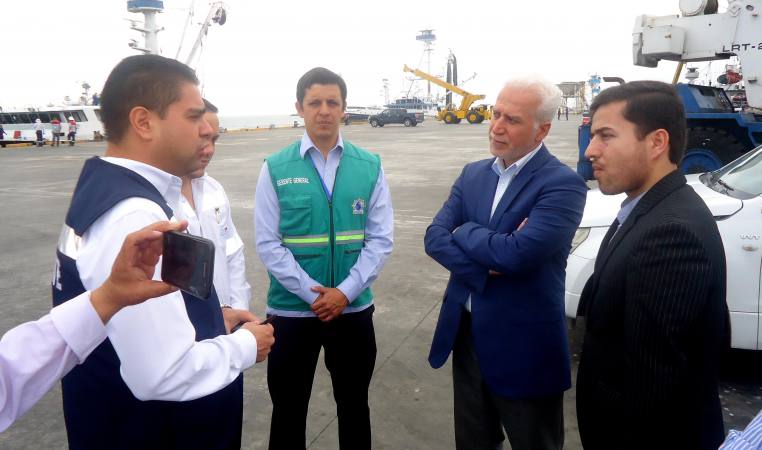 Among the proposals of the Government of Iran to establish businesses with South American countries of the Pacific coast is a direct shipping line with Ecuador to cover that area. Iran Ambassador Saadat Aghajani announced the proposal during a visit to Manta Last Thursday.

The Manabi port would be the option to cover that route. “We have seen that the port of Manta has every possibility of receiving this line and we will transmit this to our public shipping company,” said the diplomat.

Bananas are one of the products the eastern country consumes the most and, according to Aghajani, this journey is not direct. Ecuadorian products are shipped from Guayaquil and then transferred to the port of Mersin in Turkey, to arrive at Iran finally.

He said that to this end, his country is currently working, so that an Iranian port receives directly Ecuadorian shippings, to reduce costs.
“In the same way Iranian products can be transferred to South America through the port of Manta, and this could become the trade center between Iran and Ecuador,” he added. (I)