Juan Manuel Santos supports the therapeutic use of marijuana 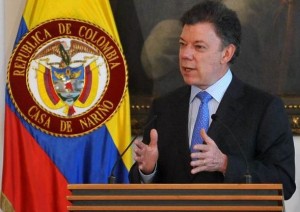 The therapeutic use of marijuana was supported this Thursday in Colombia by the Colombian President Juan Manuel Santos.

During a forum on drug policy, the ColombianPpresident said that he “looks favorably upon the initiative on medical and therapeutic use of marijuana.”

Thus, he expressed his support for the proposal of the Liberal Party in Congress, which began sessions on July 20, in order to allow the use of cannabis.

In this context, Senator Juan Manuel Galan, promoter of the proposal, told AFP that the draft law is already part of the Congress agenda, where the governing party has a majority and will be discussed from September.

“It’s a major, essential support because it comes from head of state, who is committing to this initiative, which seeks to begin to transform antidrug policy” in Colombia, Galán said about the support of Santos.