Larissa Riquelme on El Nacional: ‘the best team of Ecuador brought me’ 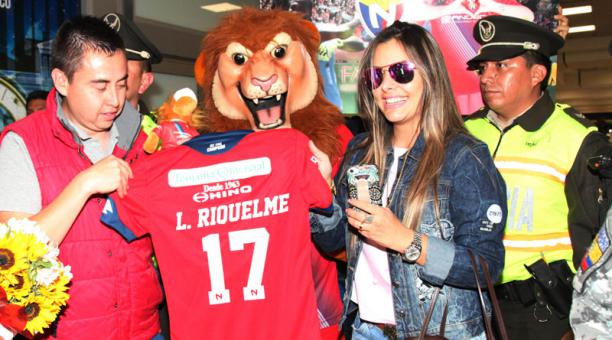 Paraguayan model Larissa Riquelme arrived in Ecuador to participate in a series of events at the invitation of El Nacional Sports Club, one of the most traditional teams in the country. The ‘girlfriend of the World Cup South Africa 2010’ caused ‘commotion’ at the Quito airport, the night of August 17, 2017. Journalists, photographers, and cameramen waited for her, in addition to dozens of curious people who wanted to see the ‘international artist,’ as she mentions in her Instagram account.

“The best team in Ecuador brought me,” said Larissa Riquelme to the journalists.

Larissa was hired by El Nacional board to promote this Saturday’s fan fest at the Tumbaco sports complex, with the aim of seeking new club members. The Paraguayan model will also participate Friday at a press conference and a dinner with a cost of USD 100 per assistant. (I)

Petroecuador guarantees the regular supply of fuels in the country

In the north-west of Pichincha, opportunities for entrepreneurs germinate