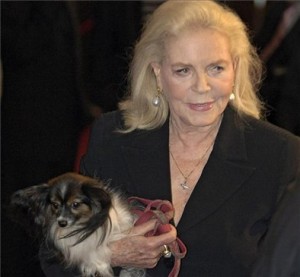 With a message on Twitter, the family of the legendary Hollywood actress expressed its grief for her recent death: `With deep sorrow, yet with great gratitude for her amazing life, we confirm the passing of Lauren Bacall.´

The actress died at her home because of a stroke. The star of films including `The Big Sleep´ and `The Mirror has Two Faces,´ the actress received an honorary Oscar in recognition of her 70 years career  in the world of the cinematic arts.