Lucero and Mijares Confirmed their Separation 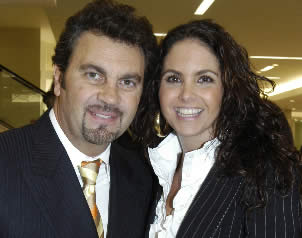 The marriage between the singers Manuel Mijares and Lucero Hogaza comes to an end after 14 years of marriage.

The announcement of the breakup became official last March 4th. Through a statement via Twitter, the couple said the decision had been made months ago, but they preferred to delay the announcement due to family reasons.

In the past two years, there were frequent rumors about the delicate situation that the couple was going through and an alleged separation, but the singers belied those versions.