Manuela Picq is still trying to return to Ecuador 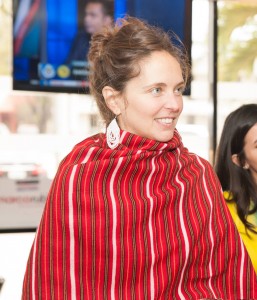 Manuela Picq is still trying to attempt to return to the country and there have been protests in international forums. The weekend was in Miami, United States. Before she took his case Brussels. And will continue to do so, in mind has to go to the Inter-American Commission on Human Rights (CIDH).

Following demonstrations, last August, against the government and in which she was married to the leader of the ECUARUNARI, Carlos Perez Guartambel, with whom she married in 2013 under the ancestral justice, was suspended visa and sent to Brazil. She tried to get the Mercosur Visa without success, and in the weeks to apply for a visa for family protection and hopes that the new Foreign Minister, who is her countryman, will grant her the Visa.

Investigation continues in case of courier in Ecuador