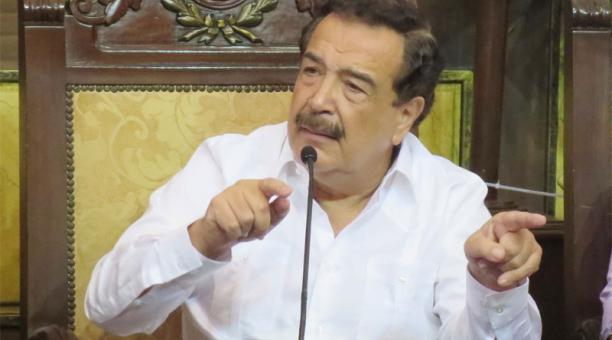 The Presidency of the Superior Court of Guayaquil Justice, officially summoned the Mayor Jaime Nebot, since he must appear as a witness in the case known as Las Dolores. The summons came the morning of October 16.

The diligence will be held next Monday October 20 at 08:30, in the Court of Justice of Quito, where the 102 witnesses will attend the trial for the enforced disappearance that is investigated in the case formerly known as Fybeca. However, in the case of Nebot, he should go to the Presidency of the Court of Guayaquil Justice, located in the renovated Palacio de Justicia.

“Now I was legally notified,” said Nebot in his account of the social network Twitter. Then he added: “I will declare as a witness at 08:30 am on Monday October 20, in the building of the Judicial Function 9 de Octubre and Quito.”

On Monday, Wilson Merino Sanchez, judge of the National Court of Justice ordered the arrest of Nebot to declare in the said case.

That decision caused the reaction of the Mayor, who spoke of political persecution, because he had not been notified in accordance with the law. “How can theyorder my arrest for failing to comply with an appearance that I have not been notified to attend?” said Nebot in previous days.