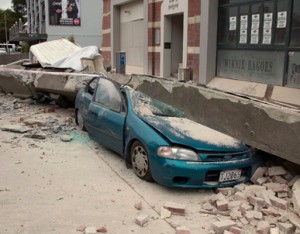 The emergency services try to find the most quantity of people alive after the earthquake of 6,3 in the Richter scale. So far only 65 victims perished. The Prime Minister from New Zealand, John Key, informed that 120 civilians have been rescued from the destruction.

According to the United States Geological Services the seism occurred at 12:51 in the afternoon. Key warned that the citizens of New Zealand are in agony, but he assured that they will overcome it. The Mayor of Christchurch, Bob Parker, revealed that the centre of the city suffered serious damages.

The Ministry of Civil Defense, John Carter, asked the citizens to clear the streets in order to allow the free circulation of rescue vehicles. Police inspector, Mike Coleman gave reports of looting. Several media channels informed that a temporal morgue to pile the corpses was established.

New Zealand is located above the “ring of fire” of the Pacific, because of this; the country registers more than 14 thousand quakes per year.

The Simpsons’ House is For Sale

Las Monjas Ave. Bridge Will Not Be Delivered in October