`Out Among the Stars´, unpublished album by Johnny Cash is released 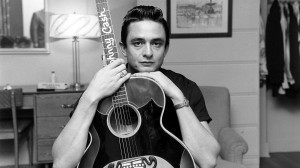 The album shows dark and heartbreak songs, as well as more humorous

Today goes on sale the unpublished album of Johnny Cash called “Out Among the sky”, which was recorded in the 80´s.

Almost ten years after the artist’s death, his son Johnny Carter Cash, found the material in the archives of his father in Nashville.

Originally, Columbia Records refused to release the album 30 years ago, due to the declining popularity of Cash in the 80´s, so all this time the album remained guarded.

June Carter, wife of the singer, and Carlene Carter, daughter of a previous marriage of June collaborated on the album´s duets. Johnny Carter also invited artists to complete the record.