Police found more than a ton of drugs 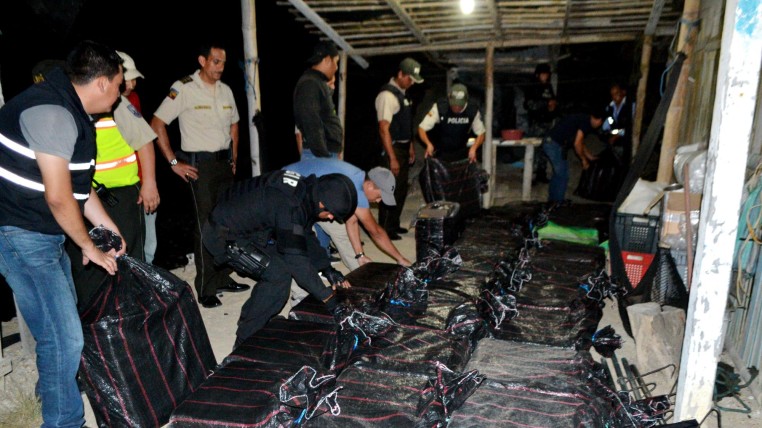 Police agents seized more than a ton of cocaine hidden in a cane house located on a beach in the San Mateo parish in Manta (Manabí) last Monday night. The drug stash consists of 1,224 brick-type packages that were stored in 34 jute sacks.

“The agents were patrolling this route when suddenly we received an anonymous phone call that indicated that a cargo of drugs would be taken from this place. When we arrived at the site we could see the presence of a boat that was approaching the point and when they saw us they fled,” said Colonel Victor Zárate, police chief of Manta.

Prosecutor Washington Llaranga said that they arrested a person who was identified as Ricardo Mera Zambrano (65). The authorities presume that the house was used as a warehouse for the drug, that would be taken in speed boats to Central America. (I)