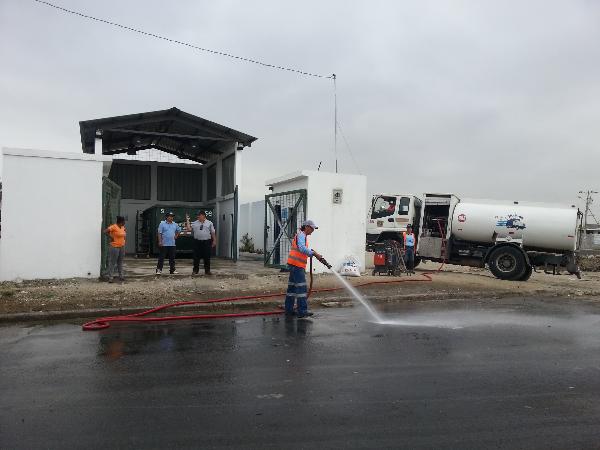 The collection center of Puerto Limpio, located in block 10 of Bastion Popular, looks different since yesterday. This is because the consortium evicted the “chamberos” (informal garbage collectors) that had been located in this place, which began to function normally.

The most relieved with the action are the inhabitants of the sector, mainly Mucho Lote and Villa España, near the collection site.

“This was unbearable. Besides of the garbage, the chamberos  drugged and assaulted the people who passed by the site,” said Graciela Sánchez, who lives in Villa Spain.

“At any time of day there were chamberos with knives. Hopefully the authorities, including the Police, that never comes here, take responsibility for things going on as it should be done,” said Jaqueline Herrera, inhabitant of Villa España.

Including the Bastion branch, Puerto Limpio has 10 collection centers in Guayaquil.