Purchases through courier services fell by 46% in five months 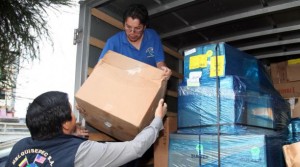 According to the Central Bank of Ecuador (BCE), courier imports fell by 46.1% between January and May compared to the same period of 2014.

Reduced shipments, dismissal of personnel and changes in work processes are some of the consequences that according to courier companies, have brought the application for import limits under the 4×4 mechanism (up to USD 400 and four kilos).

Lupe Ortega, director of the Association of Private Post (Acopri), ensures, however, that there are companies in which the drop in shipments from abroad has been as high as 70%.

In CMA Logistic, in Guayaquil, the number of shipments from abroad fell by 60%. This firm used to ship 300 packages every week and now it only ships 90. For this reason, two people had to leave the company and now there are only seven employees.

These are the three largest banana exporters Ecuador