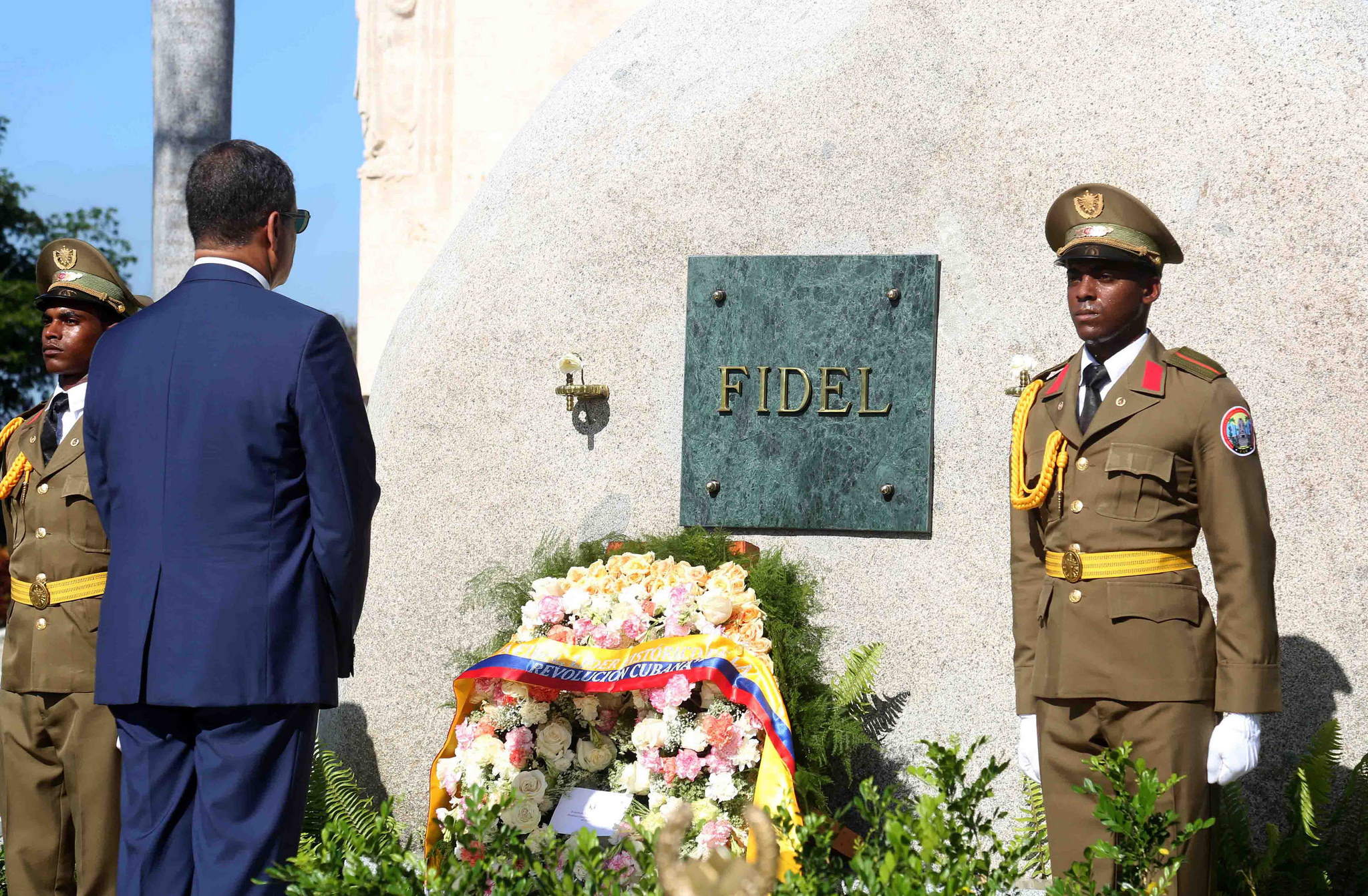 Ecuadorian President Rafael Correa today paid tribute to José Martí and Fidel Castro in the Santa Ifigenia cemetery, in Santiago de Cuba. This was his first stop of a three-day visit to the island, where he will meet with his counterpart Raul Castro and will be decorated.

The ceremony, broadcast live by the Cuban state television, began at 09:00 local time (13:00 GMT) with the change of guard at the mausoleum that holds the remains of the independence hero, which was visited by Correa accompanied by Cuban Vice President Ramiro Valdés. President Correa placed a white rose on the sepulchre.

Then, the Ecuadorian president and his accompanying delegation left an offering on the rock that serves as a grave for Fidel Castro, located next to the monument to Marti, a National Hero of Cuba and an ideological referent for the deceased leader of the Revolution, who passed away last November at 90 years old of age.

2 ‘Blue Whale’ cases are recorded in the country