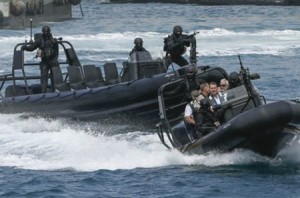 Antisubmarine forces of the Russian Northern Fleet would have sent back a submersible from the United States on Thursday, as reported by a senior staff of Russia.

“A foreign submarine, allegedly of Virginia class of the United States Navy, was detected on August 7 by units of the Northern Fleet in the Barents Sea (Arctic Ocean)”, said the source, who requested anonymity.

Furthermore, he added that “for its search and tracking a naval anti-submarine attack group, accompanied by an anti-submarine aircraft Il-38, moved to the area”, after that, the submarine “was expelled from the Russian border waters”.

Extinction of penalty for Cléver Jiménez will be requested