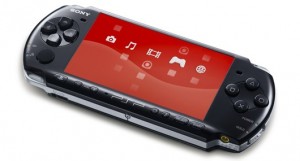 Sony revolutionizes the way you play on a handheld console again with its new Next Generation Portable (NGP), which comeswith two sets of controls on each side of the screen, front and back camera, five-inch OLED touch screen, a touch pad on the back, flash memory, WIFI and…wait for it… 3G connection.

The Next Generation Portable would be the first handheld console able to connect to mobile networks. Sony also included a social media feature, called LiveArea, which lets the users know what their friends are up to in real time.

Besides compiting with the new Nintendo console in 3D, the new PSP tries to stop the use of cell phones as game consoles, that is why Sony will present the PlayStation Phone at the mobile fair to be held in February in Barcelona.