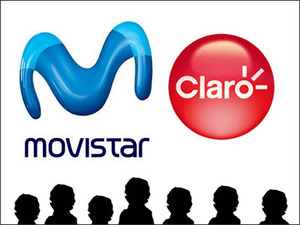 The Superintendence of telecommunications (Supertel), carried out a measurement of quality of coverage 3G (WCDMA) in cellular operators service.

Supertel, through its web site published to that operator CNT EP presents problems of quality of service in the delivery of the text messages (SMS) in Manta and Portoviejo.

It also reported that Claro has no signal in the populations of Telimbela, in the province of Bolivar; and in Chibsa, in the province of Chimborazo. While Movistar has no signal at locations Ramón Campaña, in Cotopaxi province; Colon Eloy de Maria, in Esmeraldas; in Checa, Pichincha; and in Dureno and Lumbaqui, belonging to Sucumbios, according to press release of January 13.

To yield these results, the Supertel concentrated on the quality of the signal of each operator and if this is not optimal companies may not promote having coverage in this place. In response, Claro informed that retired to the designated locations from its coverage map displayed on your web site.

A signal is not optimal when the levels are lower than those set forth in the concession contract signed by the operator in the designated technology.

In addition, the Superintendency of telecommunications ask users to report news that arise in the service of telecommunications, radiocommunications, broadcasting and television, to the Center for information and claims (CIR), by calling toll free from a landline at 1-800-567 567 or the 159 (option 2) the role of transparency and Social Control – FTCS, of which it is part this organism. Reports can also be made through Supertel page on Facebook.