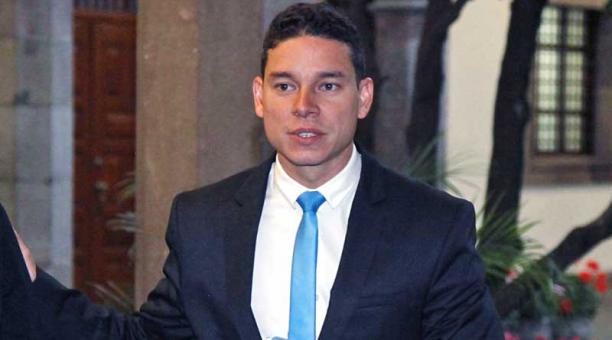 The Judicial Unit North 2 of Guayaquil fixed for the next January 15, 2018, the hearing to formulate charges against Iván Espinel and other 19 people; all investigated for the alleged crime of embezzlement.

This process originated after a report with indications of criminal responsibility issued by the Comptroller, due to possible irregularities in services provided to members of the IESS in a private clinic, between 2013 and 2014.

At that time, Espinel served as provincial director of the IESS. The first data compiled by the Office of the Prosecutor indicate that there was an apparent damage to the State of about USD 52 million; the exact amount is still under investigation.

Espinel has defended himself against the accusations. “The Comptroller’s reports are for my position as Assistant Director of National Health Insurance Control of the IESS in which I was only 7 days out of the 1156 that are studied and it was not my job to pay the clinics,” he said on December 26 on twitter. He added: “With this, it can be seen that in the 7 days that my function as National Deputy Director of Insurance Control lasted, there is no implication with the payments to the clinics, the lies fall under their own weight”.