The ‘special’ situation of Glas 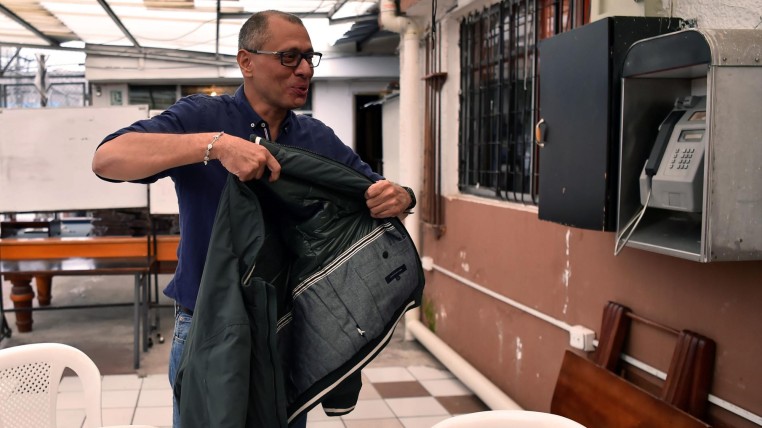 Vice President Jorge Glas has a group of special forces that protects him in prison 4. Minister of Justice Rosana Alvarado announced it on the day of his arrest.

Glas was linked to the Odebrecht case for alleged unlawful association, in which his uncle Ricardo Rivera and 16 people are involved.

His confinement conditions are far different from those of other detainees. For example, last Friday, between 16:00 and 17:00, he gave an interview to an international news agency.

Glas is different from the other detainees also because he occupies an individual cell, and receives visits outside the established schedules.

Section 275 of the Integral Criminal Code prohibits the entry of cellphones into the prisons. The penalty is imprisonment of one to three years.

Yesterday, on social networks, a photo of Glas and his wife circulated. The message said: “Cinthia Díaz, wife of @JorgeGlas, visits an innocent man has lost his freedom in Jail 4.” At least three cell phones appear in the image.

Petroamazonas to issue bonds to settle accounts with Schlumberger