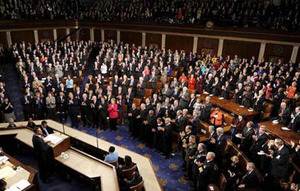 The U.S. Congress approved a budget agreement with the majority of votes in the Senate setting the level of federal expenses until 2015.

The votes of 64 senators (nine Republicans) and 36 other opposition allowed the Senate to reach a bipartisan agreement in the Congress, which was debated since 2009, this placed doubts in the world’s largest economy.

U.S. President Barack Obama is expected to sign the budget in a matter of days to finally stop the threat that the federal government runs out of funds in January 15, as it occurred on last October.

Ecuador responds to Panama about retention of the Doria boat