250 tipper trucks with debris mobilize every day through Pedernales 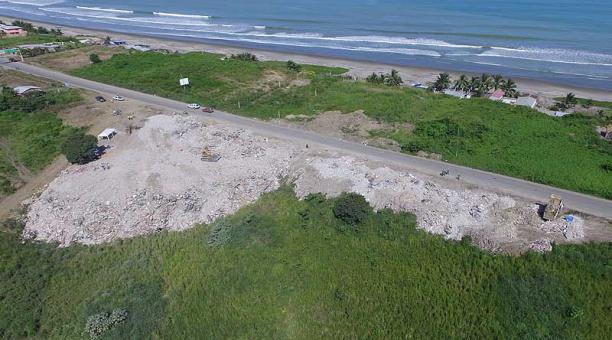 The waste comes from destruction in Pedernales, because of the last April 16 earthquake. Nearly three weeks later, the smell of death is still impregnated in the materials. Vultures are in charge of devouring the remains of rodents, crushed birds or food inside what was once a refrigerator.

Official figures show that the destruction in Pedernales is of 80%. However, the Army Corps of Engineers still evaluates the structures that will be demolished. The first phase, which ended yesterday, focused on the most affected buildings _ and at risk of imminent collapse.

Of the 32 buildings that existed in the city, only two are still erect. Approximately 1,159 are damaged and Mayor Gabriel Alcivar estimates that 90% should be reduced to rubble. Bulldozers make that work and 250 tipper trucks collect the material throughout the day and take it to the two waste dumps located outside the city.