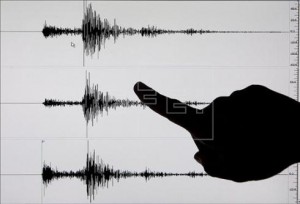 On Saturday (Friday in Ecuador) an earthquake with a magnitude of 6.1 degrees on the Richter scale hit northern Japan. Still have not being reported damage or issued a tsunami warning.

According to the Japan Meteorological Agency, the quake occurred at 11:36 local time (21:36 for Ecuador) with its epicenter in the southern region of Amori, north of the island of Tohoku.

The earthquake reached an intensity of 4 on the closed Japanese scale of 7 degrees in the province of Amori.