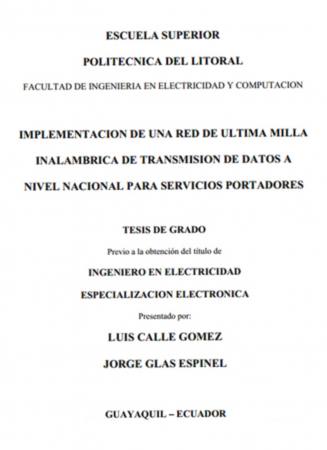 In late 2012, allegations of plagiarism in the degree thesis of the manager of Television Satelital Luis Calle and Vice President Jorge Glas would have provoked an incessant outpour of emails in their near circle with the aim of consolidating a defense strategy.

The evidence is contained in a USB memory that was delivered to the prosecutor’s office by an informer in the illicit association preliminary inquiry. According to this documentation, an attempt was made to modify the dates of the archive of the Rincón del Vago web site (Lazy´s Corner for its Spanish name), from which parts of the thesis were allegedly copied. Emails from Pedro Vargas (Gmail), supervisor of the thesis, addressed to Jorge Glas (Yahoo) are documented.

Luis Calle (Hotmail) would have sent Glas a “timeline” that confirms that the Rincón del Vago file was uploaded in 2004. They registered their degree in 2008 in the national education system.

In one of the emails, it can be read that Ricardo Rivera mocks the request for a judicial confession made by Legislator Jorge Escala.

Professors and authorities of the Espol took part in the exchange of messages. César Yépez appears pointing out that the subject could affect the university and Vargas answers that there are no legal reasons for it. (I)