AirAsia plane would have had taken off unlicensed according to BBCWorld 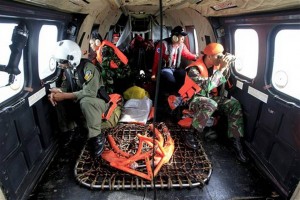 The AirAsia plane that crashed into the sea of Indonesia on Sunday would have had no license to fly that day, according to BBCWorld on its website.

BBCWorld also added that the license of the plane had allowed it to fly four other days a week.

Meanwhile, the search teams indicate to have found the area where the wreckage occurred, in the Java Sea, and continue recovering bodies of victims.