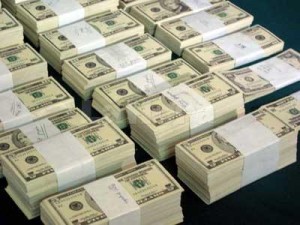 After the approval of the National Prevention Policy and the Regulation for seizure of property by the crimes of terrorism and money laundering, Ecuador expects to be delisted from countries that do not cooperate in the fight against these crimes of the Financial Action International Group (GAFI for its Spanish acronym).The documents were issued by the Board of the National Council Against Money Laundering and the Council of Justice (CJ).

General Attorney Diego Garcia said to be waiting for a new assessment of progress in the implemention of the new legislation, primarily the new Organic Integral Code of Criminal (COIP) for February.

The National Policy on Prevention of crimes of money laundering and terroristfinancing aims to create an effective system for combating transnational crimes, through the coordination of supervisory authorities, intelligence, the police, prosecutors and the judicial branch.

It is expected for this to allow identifying major threats and vulnerabilities in the system, to create goals and build actions to combat crimes.

Meanwhile, the Regulations for the adoption of precautionary measures on property and funds of crimes related to terrorism and its financing, derivative of the COIP, define the precautionary measures, such as freezing or prohibition of transfer, disposition or movement of goods, funds and other assets during criminal pretrial and trial stage, under a freezing mechanism or until the authority gives its resolution.