Álvaro Noboa will announce whether or not he will be a candidate for the Presidency on July 28, 2020

Álvaro Noboa, leader of the Adelante Ecuatoriano Adelante (AEA) party , will announce on July 28, 2020 whether or not to accept the candidacy for the Presidency of Ecuador. This was stated on their social networks. 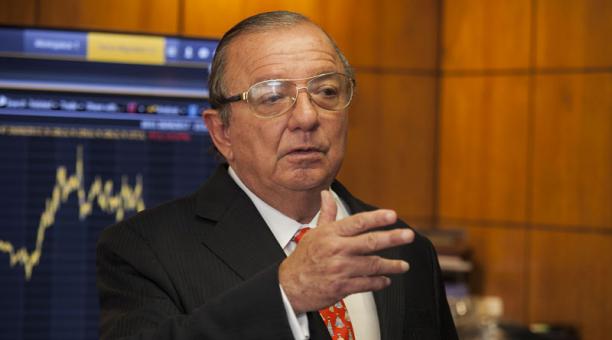 Álvaro Noboa will announce whether or not he will be a candidate for the Presidency on July 28, 2020

Around this potential candidacy, the Group of Independent Progressive Álvaro Noboa was activated . The group issued a statement asking Noboa to participate in the 2021 elections .

“Successful businessman without any relation to the 14 years of these disastrous regimes that have destroyed our beloved country,” reads the document signed by the ex-legislator, Fausto Lupera.

Noboa had also spread a message last weekend to Ecuadorians and citizens of the world. He said that the National Electoral Council is discussing whether or not his party is ready to participate in the next elections, but that his political organization is in a position to be on the ballot .

He said that he was already elected president in 1998, “but they did not give me power.” “I perceive that they are going to make the 98 repeat, the 2006 repeat and not respect the popular will .”

He also said that he perceives that, although the country needs your help, it will not succeed until the corrupt, the drug traffickers and the electoral system are buried.

“For this reason, although I have had massive support and I feel very grateful, I have had a request from the people to govern them. I am going to wait for the moment when the Ecuadorian people will decide the elections .”

Wilson Sánchez, national president of the AEA, said that Noboa is the party’s natural candidate and that they expect a favorable response . He believes that today the scenario is different, since the businessman has not been part of any government .

“You need someone with experience , is what the country demands at this complex time,” he said.

Sánchez believes that AEA will not be prevented from participating in the elections because article 314 of the Democracy Code establishes that only legally registered political organizations may present candidacies up to 90 days before the call for elections. ”

“That is, until June 19, the AEA list 7 party continues in the registry of CNE political organizations ,” he concluded, referring to the possibility of excluding the organization from the registry for not having complied with the requirements established in the results of the last two processes ”.