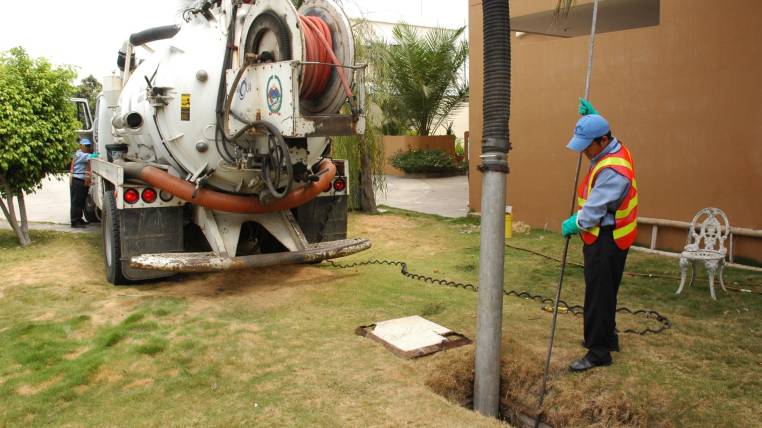 Two names close in Ecuador the triangle of corruption due to water management investigated in Spain and Colombia since April 2017. This is Edmundo Rodríguez and Diego García Arias, a Spaniard and a Colombian, listed as former administrators of one of the subsidiaries of Inassa, the Colombian company from which Canal de Isabel II, according to the processes initiated abroad, deployed the irregularities in Latin America and reaching Ecuador.

According to the Colombian Superintendency, a structure of “transnational bribes” reached Ecuadorian public officials in 2016. The supervisory authority did not give more details about entities, contracts or persons involved, as there is still a reservation in the process, but the Colombian firm admitted the payment of bribes and blamed it on former employees who are no longer part of the holding company.

Through the Superintendence of Companies, EXPRESO has verified that two of the defendants in Spain and Colombia for the payment of bribes and for contributions to presidents and mayors’ campaigns in the region, have left their stamp in the country. In Amagua and in Senagua.

Edmundo Rodríguez, number two of the plot in Spain who is released on bail, and Diego García Arias, accused of financing campaigns and cooperator in the case, were administrators of Amagua, the provider of drinking water in Samborondón and La Aurora. They occupied that position in 2014 and 2016, respectively. And in 2016, according to Colombia, it is when payments were made to Ecuadorian officials. However, the current manager of Amagua, Jaime Taboada, denies the largest and rejects any type of relationship of the water company of Samborondón with the corruption plot landed from Colombia. Although he was the administrator of Inassa in 2012, according to the Superintendency. The Municipality of Samborondón, like Taboada, refers the press to the Colombian company and disclaims any link.

Edmundo Rodríguez and Diego García, also participated in the negotiations of Inassa with Senagua on multipurpose projects and the control of floods and irrigation between 2012 and 2014. The Public Water Company, which inherited the powers of Senagua, has sent to investigate these hirings.

Three keys on the plot

The alarm in Ecuador originated with the fine to Inassa of the Colombian Superintendence of Companies for having paid bribes to Ecuadorian officials. But the investigation into the corruption of Inassa in the region and its Spanish owner, Canal de Isabel II, started in April 2017 in those countries.

The Spanish Edmundo Rodríguez considered ‘number two’ of the plot and responsible for the same in the region, detailed before the Commission of Investigation of the Assembly of Madrid, according to a document that EXPRESO agreed, the contracts and projects that had the Canal de Isabel II and its subsidiary Inassa in Ecuador. Denied irregularities or bad results.

The Colombian Inassa and the Canal de Isabel II Spanish recognize the paid bribes but they attribute it to former employees. They will appeal the fine of Colombia. Amagua and Samborondón reject the relationship with Inassa, despite the fact that one of its subsidiaries owns Amagua. And the Public Water Company ordered to investigate the contracts. (I)