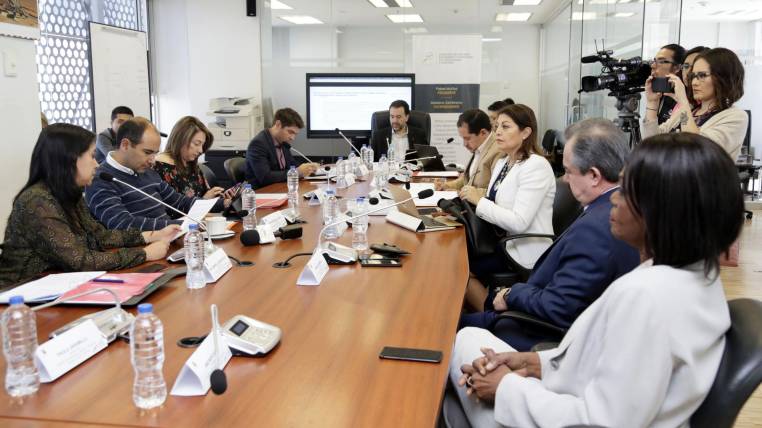 Little by little. Gradualism is the path chosen by the Minister of Economy and Finance, Richard Martinez, to adjust public spending. This is a mechanism to reduce the State step by step and not to wreak havoc in the economy that include mass dismissals of bureaucrats.

The objective is to reduce the fiscal deficit, that is, the hole that is generated because the revenues do not cover all the expenses.

And they have already taken concrete actions. Through a ministerial agreement, the Ministry of Economy and Finance (MEF) reduced the 2018 budget by 500 million dollars.

But that number increased this week.

The MEF, through email, informed EXPRESO that “accounting for other budget cuts made, totaling 601 million dollars“. The cut represents a 1.7% decrease in the 2018 budget.

The reduction made, said the ministry, basically included expenses related to transfers and current and capital donations, goods and services for investment, personnel expenses, goods and consumer services, among others.

But other measures have also been carried out since Martínez is in charge of the State portfolio. Last week it was reported that the number of advisers in the Executive Function was reduced from 676 to 282. The decrease was in all government ministries and institutions.

In addition, all entities were asked to reduce their expenses by 15% this year. In principle, 10% had been proposed. The General Secretariat of the Presidency will request a compliance report from each public entity.

To this is added the prohibition of occasional contracts for public entities in the remainder of 2018 and 2019.

The MEF did not clarify how much money they expect to save with the measures mentioned.

While the economic authorities are working on the adjustment, the Assembly is looking for legal mechanisms to optimize public spending.

Yesterday, in the Economic Regime Commission, reform projects were submitted to the Public Finance Code. Assembly members from Fuerza Ecuador, María Mercedes Cuesta, and from SUMA, Gabriela Larreátegui, propose some changes that will allow governments to evaluate more carefully the expenses they make.

“Until today there are no specific provisions that measure the level of public spending. What we can do is start to build a road to have a regulatory entity that allows us to evaluate this issue, “said Cuesta.

The president of the legislative commission, Pabel Muñoz, said that the creation of an evaluation institute for public spending should not be ruled out.

While the reform proposals to the Public Finance Code of legislator Larreátegui are focused on calculating the ceiling of public debt. “I believe that the components of the ceiling of this debt must be within a regulation,” said the Assembly member. (I)