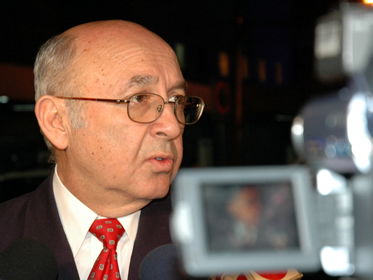 As a reciprocal measure for the “unjustified “expulsion of the United States Ambassador in Quito, Heather Hodges, last Monday, the U.S. Government decided today to declare the Ecuadorian Ambassador in Washington Luis Gallegos as an “unwelcome person” in the country.

Arturo Valenzuela, Secretary of State for Latin America, reported that this decision was sent to Gallegos by telephone, stating that he must leave the country immediately.

In addition, sources said, the U.S. government decided to suspend the new round of “bilateral dialogue” scheduled for next June.

To this conflict we add the same situations that U.S. crosses with Bolivia and Venezuela; all members of the Bolivarian Alliance for the People of Our Americas (ALBA in Spanish) and none of them currently have Washington ambassador.

However the State Department said he was “willing a positive relationship with Ecuador, but the unfortunate and unjustified decision to declare the US ambassador an unwelcome person will be taken into account in the future.”