An eco-park links neighbors and students 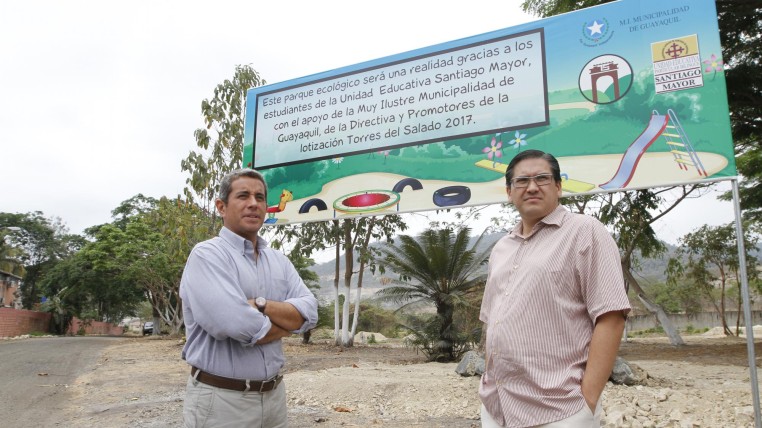 With the aim of uniting the residents, beautify the citadel and prevent insects or snakes continue to surprise passers-by while crossing the alleys, the presidency of the urbanization Torres del Salado, in conjunction with the directors of the Educational Unit Santiago Mayor , decided to start up a communal ecological project that aims to be the big road to the coast.

The urbanization and the school, both located at kilometer 11.5 of the road to the coast are joined by a large lot. Lot that a few months ago was full of weeds and unstable land. “All the citadels have their own park, except us. This was a jungle and a hole, so trees had to be replanted. It is a macroproject that has several stages, “says Carlos Freire, president of Torres del Salado.

The manager says that the urbanization was part of a lot that was not delivered to the municipality, so it has not been able to enter parks or recreational areas for the residents. “We needed a large area in which we could all interact and the school had the initiative. They have the student participation program that allows students to work on ecological games for the project, “explains Freire. The idea is that the park, which is composed of 13 stages, be built and suitable between June and October, as these are the months in which the first and second year students of the Santiago Mayor high school have one day a week to participate in the linking project with the community.

“There are some schools that do road education, but our field has always been environmental. We will start by putting recreational games made with old tires and plastic bottles. Everything built by the students, “says Luis Franco, general vice-rector of the educational unit.

The land measures 286 x 70 meters in total, but each year a space of 20 x 70 meters will be adapted. In addition to the games, the park will have a small forest with native species that will be planted by Fundación La Iguana, a baseball diamond, a soccer field, a communal area and a bike path of land for mountain biking.

For the realization of the work of removal of lands the urbanization directive has had the help of neighbors, neighboring companies and Municipality. With this project they also hope to mitigate a bit the damage caused by the quarries. “Everything that is here has been donated. 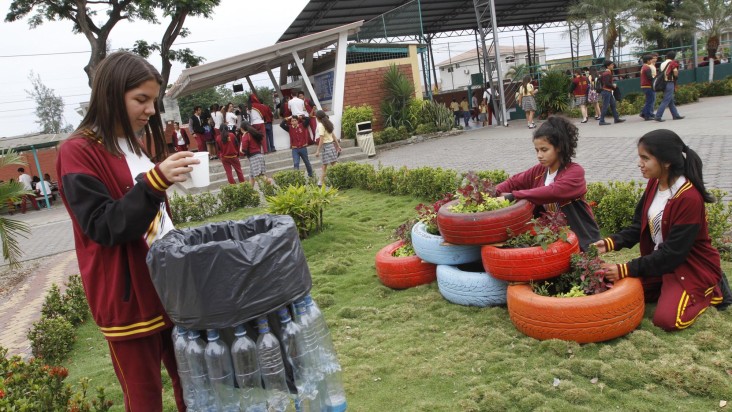 The neighbors are aware that this space had to be put to use because then it could bring us problems, “explains Freire. The students are happy to be part of the project. Several of them showed this newspaper the swings, garbage cans and seats they have made in these months. They plan to install them in about 15 days at an event with the neighbors. “This is a very nice opportunity; we have worked hard so that everything is impeccable and well taken care of. Many of us live here and what better option to comply with the school and the citadel at the same time, “said one of the students of second year of high school.

Buenos Aires, Santiago, Mexico and Lima also have eco-park models. One of the largest in Latin America is located in Lima. The park is made up of several

pavilions such as: Threshold, Mountains, Oceans and in each one of them it is informed and taught interactively about the care and respect towards said area. (I)

13 female artists, together in a book