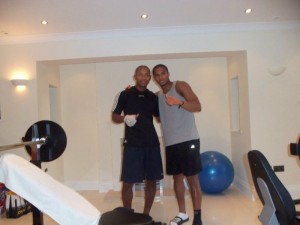 Antonio Valencia is recovering perfectly thanks to the space equipment designed by the National Aeronautics and Space Administration of the United States (NASA).

The equipment is used by the Manchester United for the training in Carrington, location on which Valencia does his rehabilitation therapy after the terrible injury he suffered a while back. There is jogger underwater machine, which emulates the effects of gravity zero of outer space. This device allowed the Ecuadorian player to leave behind the crutches and speed his recovery.

However Valencia is in no condition to return to the field, but his improvement is considerably. He might be able to go back before the end of January.