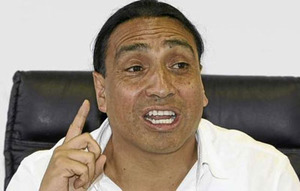 Most of the ruling regime in the Assembly did not took in the proposal of the leader, which holds that the perpetrators must be identified first before compensating victims of human rights violation that occurred between October 4, 1983 and December 31, 2008.

With 91 votes in favor, 19 negative, 1 White and 7 abstentions, the regime did not obtain a partial objection of the leader regarding the Victims Act and carried it out through the proposal of Virgilio Hernandez (AP) which kept acquiesce to the regime suggestion on certain items and continue with what has already been approved by the Assembly.

These raids counted with 92 votes in favor, 21 negative, or white, with 5 abstentions. The Assembly welcomed that the reparation agreement is at the hands of the Ministry of Justice and not of the Prosecution. While the proposal of Hernandez was welcomed by Mauro Andino, chairman of the Justice Commission.

Empirical Artists may have honorary titles