Assange court attorney already talks with the Government of Ecuador 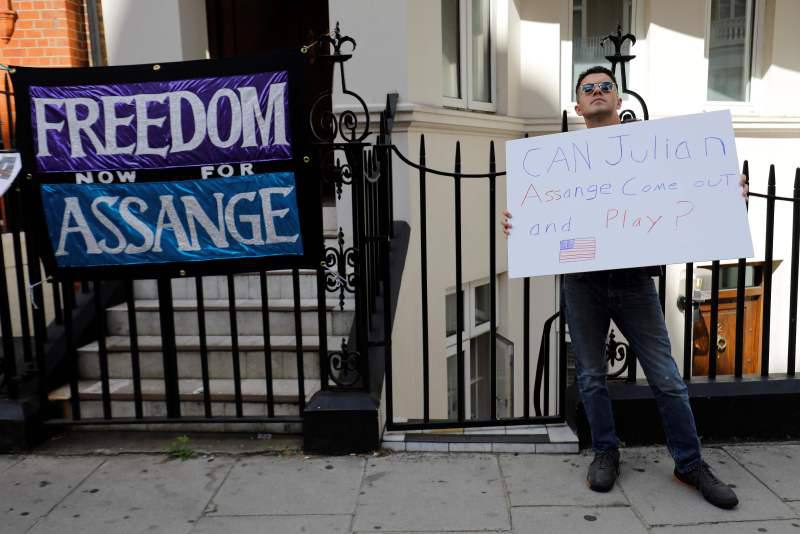 The Australian hacker Julian Assange, with asylum in the embassy of Ecuador in London since 2012, appointed a legal attorney to seek a solution to his case, at the request of the Government of Lenin Moreno, reported yesterday Foreign Minister José Valencia in an interview with Ecuavisa.

“We ask him to appoint a single lawyer because it is very difficult for the Ecuadorian State to deal with two or three groups of legal representatives at the same time,” he said.

He added that the Australian, nationalized Ecuadorian in 2017, responded “in a positive way to this request”. “That designation has already been made. We have even received views from Mr. Assange’s legal counsel, “the minister said, but did not reveal the jurist’s name.

According to Valencia, there is already contact with the representative of the founder of WikiLeaks and they are in a stage of seeking a “point of encounter and understanding” between the British Government, the Government of Ecuador and Assange.

Assange asked the Ecuadorian government for asylum alleging fears for his life after his digital portal spread thousands of diplomatic cables from the United States. He is prosecuted in Sweden for sexual crimes that he denies.

From several sectors yesterday opinions arose on the situation of Assange.

In his Twitter account, the former Secretary of Unasur, Ernesto Samper, said: “Leaving Assange, without any guarantee for his life and freedom, would be an international suicide for Ecuador and the countries that have supported this humanitarian and sovereign decision.”

While the Colombian writer Laura Restrepo suggested to the president-elect of Mexico, Andés Manuel López Obrador, that he gives the asylum to the hacker. “If there is a leader among the youth of the world, it is Julian Assange … It would be wonderful,” she said in an interview on CNN. (I)

Ecuador has established contact with the legal assistant appointed by Assange