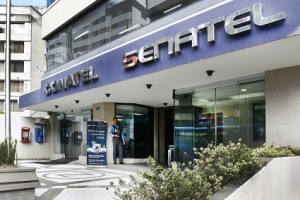 The National Assembly gave the green light to a new regulatory framework for telecommunications. According to its proponents, the text wants to increase the justice in the prices paid by the users.

The plenary approved this bill on December 17 with 93 votes in favor and 25 against. Among the main changes is the elimination of the Superintendency of Telecommunications and the creation of the Telecommunications Control Agency. The assembly members justified the decision saying that the agency shall exercise a more effective control in rates and services.

Alexandra Ocles (PAIS) defended these modifications explaining that the legislation seeks the “defense of the rights of users and promotes clarity in the payment of rates.” Among her observations, she emphasized that the incentive should be defined for operators that want to expand the coverage of its signal. Legislators agreed that there are marginal urban and rural areas that require special attention.