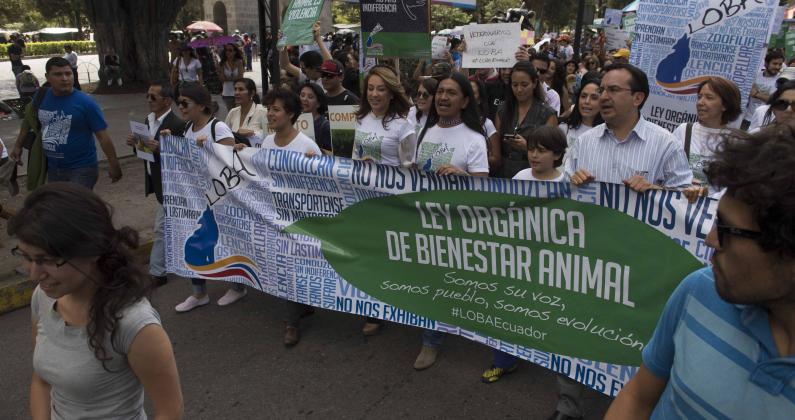 Defenders of animal rights and pets marched from El Ejido park in Quito to the National Assembly to deliver the draft Organic Law on Animal Welfare (LOBA for its Spanish acronym), supported by the ruling party Assemblymembers Soledad Buendía, Marcela Aguiñaga and Rosana Alvarado.

This bill is a document prepared by six NGOs, where the application of  “animal welfare” standards are proposed.

According to Assemblywoman Buendía, the regulation “seeks not be punitive, but rather regulatory, thus it establishes a cultural change, that individual consciousness that each one of us must be related to the care of our pets.”