Avanza and AP are distanced

After the election results of last February 23 and the call of President Rafael Correa to be careful with “sectarianism” and the absence of an agreement with the Avanza movement, the ruling movement Alianza PAIS (AP) will not give way to bills introduced by that party, it will not name a replacement for Germán Ledesma (former Assemblyman of Avanza) and will continue to ignore Avanza’s legislators for bench meetings.

Four projects from Avanza have been criticized and refused by the ruling movement:

Besides ignoring proposals, the five Avanza lawmakers say they are excluded from the meetings of the ruling bloc. “We have no degree of agreements or commitments; apparently, people from AP keep watching us as if it was the past, as if we were insignificant, even though we won on the elections,”said Assemblyman Antonio Posso. 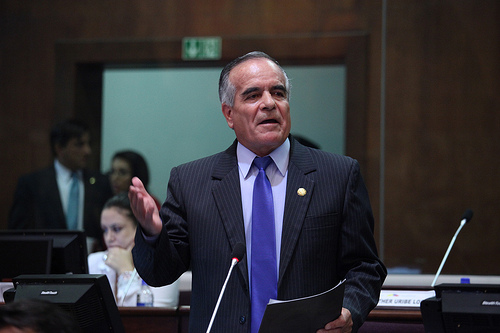 Begin studies of the two bridges that join the 3 cantons