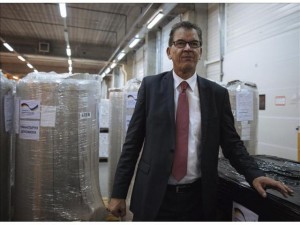 The German Minister of Development, Gerd Müller, criticized the entry ban by the government of Ecuador to a delegation of German MPs and warned that Berlin will not accept the situation.

This, after the government of Rafael Correa denied the entry to a delegation of Members of the German Parliament,who went to visit the country before heading to the conference in Lima, apparently in rejection of the meetings program that was scheduled in Ecuador.

The deputies were scheduled to meet with members of non-governmental organizations fighting against oil drilling in the nature reserve Yasuní.

Venezuela: Trial against Corina Machado will be monitored by observers of the IPU