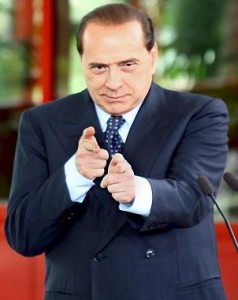 Italian Prime Minister Silvio Berlusconi, who has been accused for several counts of child prostitution and abuse of power, was discovered by Parliament on Monday. A committee must decide on Wednesday whether to allow researchers to break into Berlusconi’s office to look for evidence.

Due to the magnitude of the scandal, it is now possible that Berlusconi resigns and elections may begin early. A parallel trial is underway in the media, which has already begun to filter the contents of the 389 pages of records and some telephone conversations.

“Either you’re willing to do anything, or you take a taxi and go”, one of 15 young prostitutes intercepted by the police told on the phone to a friend. “It’s amazing, a puttanaio (house of prostitutes), you can not even imagine what happens there,” she adds. “The newspapers say much less than the truth even when they slaughter. I wonder how he manages to work the next day.” The indictment also uses word play: “A significant number of young women has been prostituted to Silvio Berlusconi in his houses, in exchange of money payments,” says the letter from the team led by prestigious prosecutor Ilda Bocassini.

Karima El Maghoud, Ruby, a young Moroccan dancer who was at least eight times at Berlusconi’s home, said while talking to a friend that the prime minister knew she was a child: “I’ve been going there since I was 16, but I always refused to say it publicly. “The girl added: “He called (Berlusconi) saying, ‘Ruby, I give all the money you want, I’ll pay, I’ll make gold, but the important thing is to hide everything. Do not say anything to anyone.”
In exchange of sexual favors, the girls received, according to the indictment of the prosecution, cash and a chance to live for free in several apartments in a residential building located in Milano Due, which was built by Berlusconi in the seventies.

Earthquake in Pakistan Was Felt From Dubai to Delhi