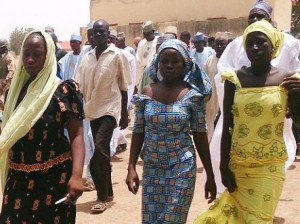 At least 22 young mothers were kidnapped in the town of Dikway, northeastern Nigeria, near Chibok allegedly by Boko Haram armed men, informed on Tuesday inhabitants of the place.

“According to available information armed men arrived shortly before noon and took 22 women and three young men that watched the people”, said Alhaji Tar, member of a local self-defense militia.

The reports vary on the number of abducted women in this camp of Peuls nomads, a predominantly Muslim ethnic group.

“(The Insurgents) came on motorcycles and vehicles with heavy weapons. Girls and women with two or three children were separated from the others and taken away. They only left older women”, said resident Shetu Dikwa.